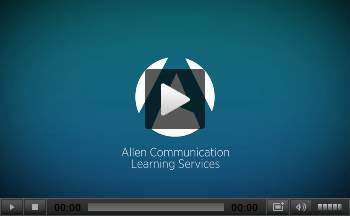 It’s no secret, that motion graphics have changed the face of training. With new technology, it is possible to add cutting-edge visuals and animation to training that can translate to better information retention, and shorter courses, while upgrading the user experience.

In 2014, we are looking forward to refining training innovations, such as the way we use motion graphics. At Training Magazine’s Training 2014 Conference & Expo, Allen’s motion graphic gurus Charles Plummer and Layne Haacke will be demonstrating:

Join us on Monday, Feb. 3, at 10:45 a.m. PST in San Diego, Calif., for the presentation. Unable to attend? Return to this page after the conference to see a breakdown of the presentation and guidelines for how to increase the effectiveness of your training projects. 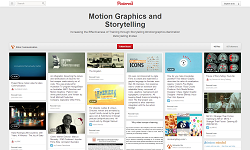 Interested in more? Take a look at Charles’ and Layne’s top recommendations for motion graphics articles, reports, data, and examples.

Charles Plummer has worked as a graphic designer in the advertising industry for more than 16 years. His clients included Verizon, Boeing, Prudential, Lego, Lockheed Martin, CVS Pharmacy, Hewlett Packard, Dell, American Express, BMW, United Healthcare, and Microsoft. Charles spent six years teaching graphics as an adjunct professor at Salt Lake Community College. He also hosted Photoshop seminars in many cities around the country. As Director of Graphic Design, Charles’ current responsibilities include bringing together varied talents in graphic design and motion graphics to create a unified vision for Allen and its clients.

Layne Haacke has been working in multimedia and graphic design for 20 years, and doing high-end video production for the last ten. His clients have included, Hitachi Data Systems, Sun Microsystems, Boeing, Lego, GE Medical, Bayer, Prudential, Novell, Franklin Covey, Iomega, Intel, Motorola, Lockheed Martin, CVS Pharmacy, AT&T, BYUtv, and Capri Sun. He has a wide range of experience from illustration and print design to live television broadcast motion graphics as well as production and special effects for film. He is a seasoned creator of motion graphics and has worked in and out of the training world for 20 yrs. He has also directed and designed projects that have won a Gold Horizon Interactive award, a Davey award, three Axiem awards for multimedia excellence, and three Telly awards. Layne currently heads up motion graphics for Allen Communications.