Tips for Effective Communication Between Instructional Designers and Graphic Designers 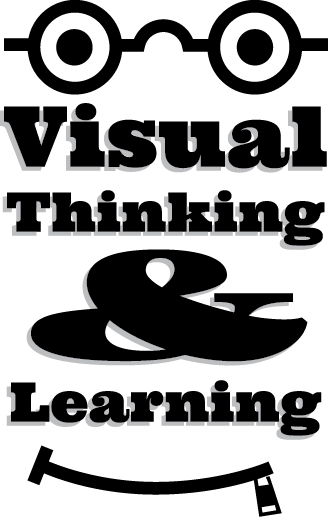 Graphic artists are not primarily verbal or literary thinkers, they are visualizers. For this reason, they may struggle with written directions. They are used to reading meaning in the shorthand that pictures communicate. You know, it’s a “right brain” thing.

As co-creators of content, and as cogs in the process of creating multimedia training, artists may have a slight disconnect with the written methods for delivery. However, they often have to make visual sense of verbal and written content to add relevance and interest and to make connections with the learner. When the writer and the artist can come together, powerful learning happens!

As a graphic designer, I often need a concept to be described to me, so that I can imagine it visually in my head before I can fully understand it or effectively communicate it. Yes, that can be troublesome and gets in the way of clear communication with others, a stone I have to carry.

The power is in the translation from written to visual. Right there, during that communication about a concept, I have found the most satisfaction in design, as I learn the concept from verbal communication, and then visualize a deeper, more distinct way to depict the concept through multimedia. It is then that my experience and imagination can take over.

Another point where miscommunication often occurs is when determining what resources to use to visually present a concept. The weaknesses of stock photography become more pronounced as the subject gets more specific. If the concept requires a unique image, an illustration may be the fastest and most direct way to show it. Sometimes three dimensional diagrams can make the point, or an animated story can be used to visualize concepts effectively.

Clear communication between the instructional designer and the artist is even more key in these cases, because of the timing and motion and three dimensionality that add complexity to these graphics. A picture may be worth a thousand words, but often the most meaningful multimedia sequences take considerable planning and resources to create. Also, budgets often limit time and resources, and the artist needs to see those restraints in the context of your concept.

If the style and treatment for a web-based course is open enough to allow for an illustrative style, sketches or storyboards can be used to plan the direction of the graphics, and examples can be used to define the style of the art, such as Internet searches for similar treatments. A graphic designer walks a fine line, and that line is the concept.

Media today is full of visual overload, with many things shouting for visual attention at the same time. A graphic designer is a visual manager and focuser, weeding and restructuring crowded content. Instructional graphics focus on the concept being taught, using principles of visual design to make the concept clear and interesting.

There are concepts that are very difficult to portray graphically because of their abstract nature, and less direct ways of representing the concept may be needed. Other times, a metaphor or symbol may communicate the concept with an accuracy which words alone could not express, such as the interactions between physical objects, sequences of actions, or interchangeable pieces of a process. If you are an instructional designer that works with graphic artists, give the artist some understanding and see them early in the process. They may need you to speak slowly, and look carefully at their drawings, and they may get a scowl on their face when you ask to use “Arial” for your font, but they are quite friendly, and they hold a great magic in their heads, which can help you produce powerful training materials.

Employee Onboarding for the Digital Age