It’s hard to believe that as Allen celebrates its 35th year in business that Todd Miller, VP of Technical Services, has been here for 25 of those years. Today we partied like it’s 1991 (the year he got hired), and now we want to share with the world how much we love working with this guy. If you’ve only met Todd once or twice, you might know how smart and hardworking he is, but you may not have seen his sense of humor at work.

We’ve gathered stories from around the company to help you get to know him better. Thanks to the creative photo editing of his team, we’ve also been able to include some stellar photos of Todd between the stories. If you’ve got your own Todd story, please leave it in the comments!

Congratulations on your 25th! How is that possible? It’s an honor to work with one of the absolute best technical minds and best human beings I’ve ever known. During our first decade of working together, I recall countless rescue missions. Despite the late nights or early mornings, you were always focused on solving problems and doing the right thing for clients. In fact, I’ve heard clients speak your name with reverence and I know it’s because of all of those project miracles.

Our second decade together has been a little more fun and a little more strategic. I think our team and our clients have benefited so much from your expertise and leadership. Under your direction, our technical capabilities have given us a significant advantage and helped established AllenComm’s place in the industry. Here’s to the next 25 years of collaboration, innovation and laughter. 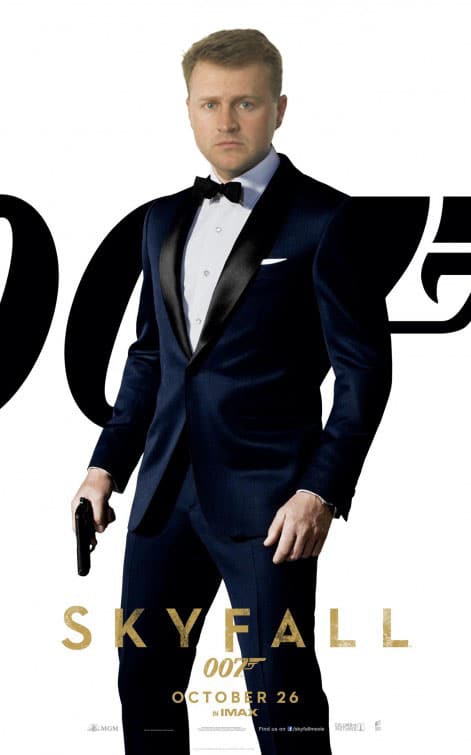 [Names have been changed to protect the frantic]

Every time we go to one of my clients, their learning manager Ryan asks where Todd is. He has jokingly threatened to stop working with Allen if Todd does not join us for the next trip. Ryan loves Todd because Todd saved Ryan’s job. The program we’d built for them was made for Flash 8, but the Friday before a Monday release to 7,000 stores and over 70,000 people it was discovered that some stores had Flash 7. Several frantic Friday afternoon calls were made from this client with Ryan’s job hanging in the balance. Would it be possible to recreate several courses in Flash 7 over the weekend? Todd and others pulled all nighters over the weekend, and on Sunday afternoon the clouds of despair lifted, and there was Todd with three new Flash 7 courses ready for release.

On another occasion for a different client, they called us frantically, needing multiple courses to launch from a CD that was being shipped that night to Europe to hit a company deadline. Watching Todd work to hit the FedEx deadline brought back memories of watching Joe Montana bring his team down the field in just a minute to win the game. Todd was masterful that day. He is a living legend. 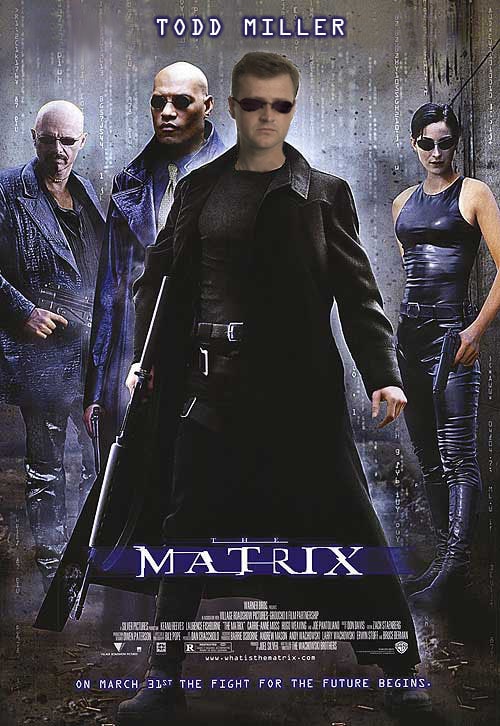 That one time Todd was Neo.

Robert and I have been carpooling for years, and in all that time Todd always drove because it was easier for me to take the bus if one of us had to work late and the other didn’t. But now I know the real reason why Todd doesn’t like me to drive. The first time I ever drove for carpooling was last year, and we were in a car accident. Luckily, he keeps a cool head under pressure, but I don’t think I’ll be driving again any time soon. Sad Todd as a model for an old stock photo.

It’s universally known in the Allensphere that Todd works magic. In fact, his singular genius enables the entire programming team to perform feats of magic on a daily basis.

My all-time favorite Todd moment was watching him try to keep a straight face during a team meeting when I said to one of the programmers, “We need a miracle here. Where’s the computer magic?” And the programmer said, “In my pants.” (I think he meant to say “In my other pants.” Which, now that I think about it, would have been just as funny.) It was clear that the programmer had not intended to make an inappropriate remark, so we tried to carry on the conversation as normal. But Todd kept busting out laughing and couldn’t keep it together for a while afterward. Todd before throwing the gauntlet.

Todd is the most generous, professional and kind person. He is all the good things you can say about a person. Todd is one of those people that makes you want to hold onto a job because he’s so great to work with. He’s not your typical programmer. He knows about art and instructional design, and he brings a lot to his work. We value each other and are true colleagues where you can go to him and talk about anything. 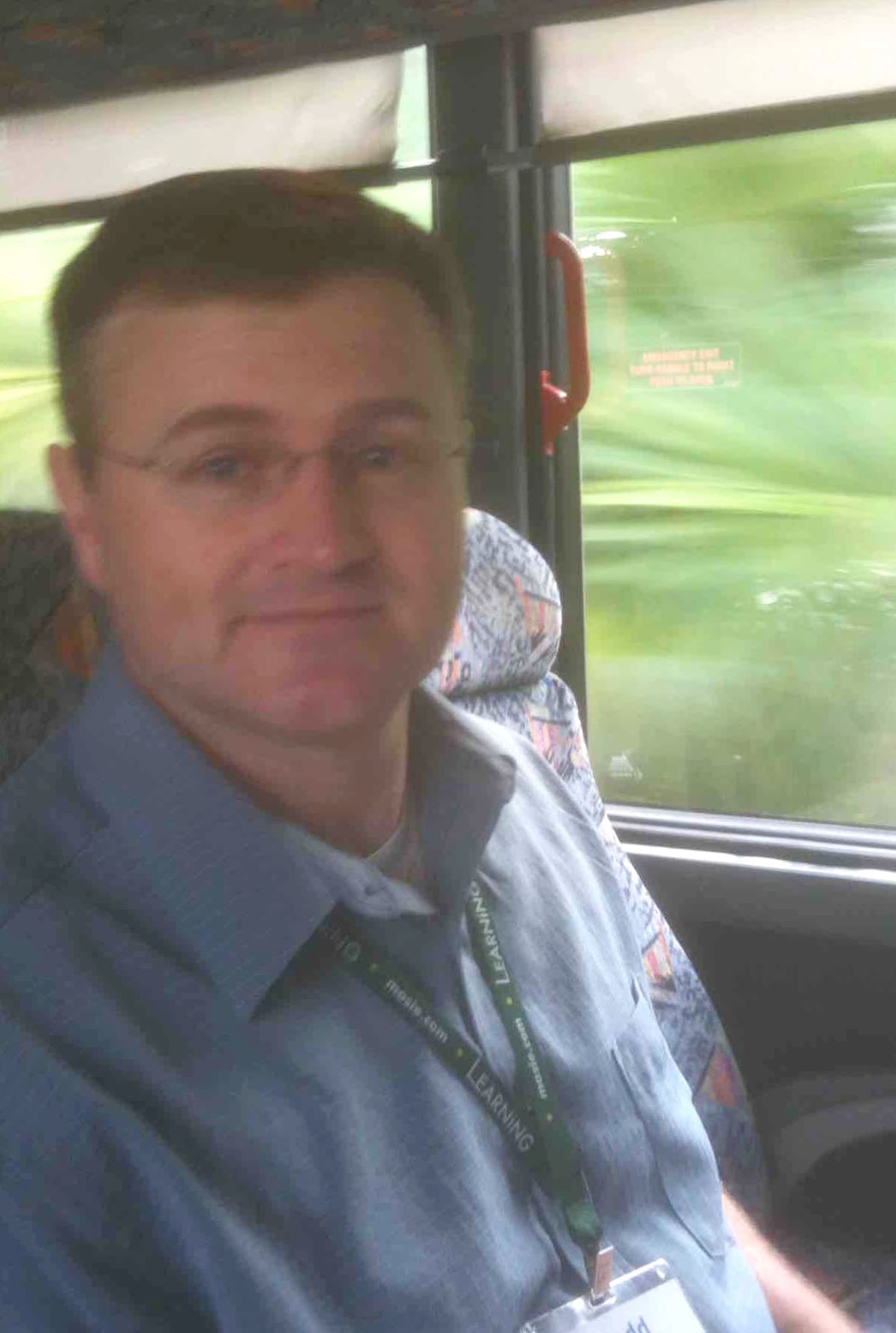 At a conference with Anna.

Todd truly makes Allen better. He does an amazing job keeping us cutting edge. Our technology at Allen continues to grow with the fast moving industry and all of Todd’s forward thinking makes this happen. 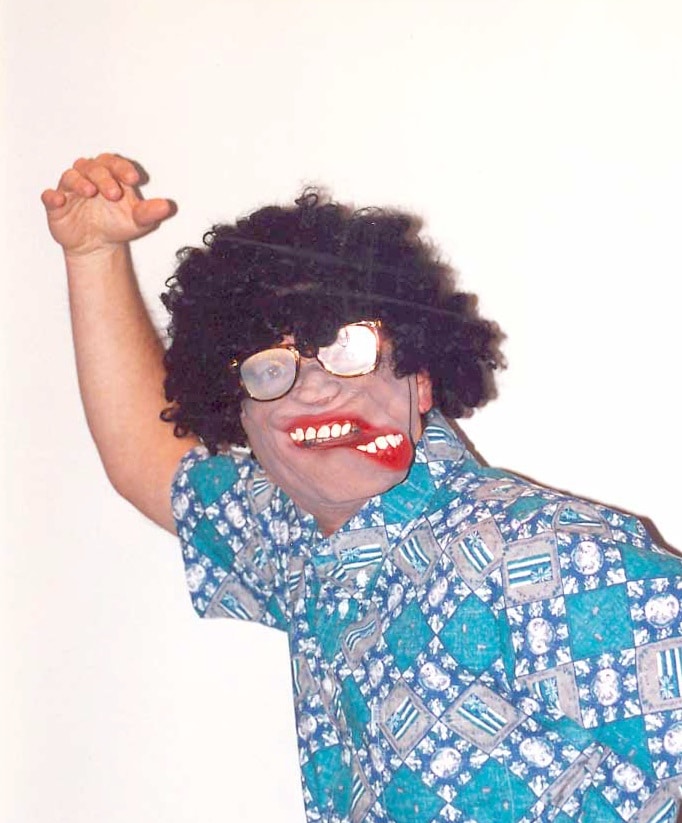 Halloween Todd from an Allen Halloween party of yesteryear.

Apparently Todd just can’t let it go when it comes to driving, and Lesley and Anna shared two versions of the same story.

When we go to lunch and I drive, he always makes fun of my driving—especially my parking. He’s forgiven because he’s an old friend. Then once he happened to be the driver while Lesley and I were in the car. He passed the parking lot, and tried (unsuccessfully) to play it off as giving us a tour.

Todd is constantly critiquing my driving, which is endlessly irritating. One day he finally drives to lunch. Me, Todd and Anna are together in Todd’s car. We need to rush back to a meeting. Todd completely passes the office and does not even notice until we point out this all-too-important fact. We are all late for our meetings by the time we sit through lights to get back to the office. I am still baffled that he continues to critique my driving skills! 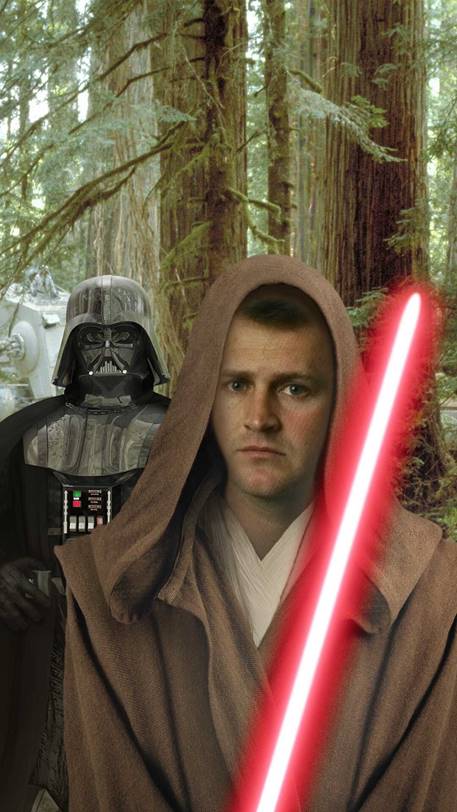 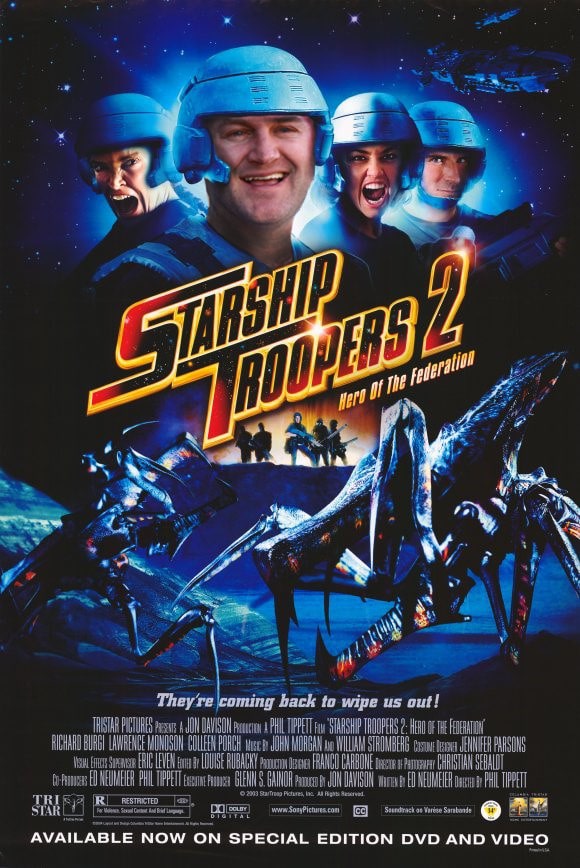 Todd may brag about driving, but he doesn’t talk much about his film roles.

Thanks for taking a stroll down memory lane with us. And a huge thank you to Todd for 25 years of keeping our tech working, our programmers sane and the driving jokes in good supply.