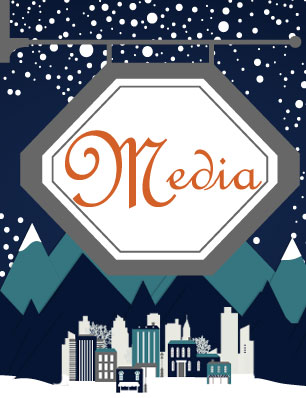 The best part of working in the art department at Allen is having all of the talented people necessary to make first class rich media. Two weeks ago a client challenged us with making a home screen on which their logo would be made up of 3D blocks. The training discusses different tenants of the brand, so each block would represent a specific tenant. I wasn’t sure how this would work, but I was dedicated to giving it a try.

The instructional design lead and I sat down to sketch it out. Pretty soon the ideas were flying back and forth until we’d come up with a plan: a block for each brand concept with the logo punched out of the middle so that each block became its own abstract shape. These would be labeled and act as the navigation into each module. The blocks would be translucent and inside each one would be a loop of video that illustrated the brand tenant. At previous employers I’ve worked for, this concept would come up against immediate concerns over technologies, bandwidth, in-house competencies versus external talent costs. But we knew we could execute this design here at Allen. To prove it, I asked for help.

The problem with an idea like this is that it’s hard to pitch if your team or client can’t visualize it. Left to my own devices, I could sketch it out or make a rudimentary computer graphic to get the idea across, but not everyone can see past that type of mockup and catch the vision of the finished piece. My team’s motion designers sit two cubes down. I asked one of them to build and light the blocks with the logo punched out of them. 20 minutes later I was superimposing other media into the blocks, and in just over an hour we had a static proof of concept that made the navigation obvious and only required explanation of the video loops. The team agreed it should go to the client, and the client was impressed.

This year at Allen we’ve created 3D navigations that literally draw learners into the course when clicked. We’ve come up with new activity types based on mobile apps, video, motion graphics, and the kinds of rich media that average Internet users choose for themselves. This makes our courses feel less like something that was forced on them, and more like something they would want to share or pass along. Gamification and social media force us to look at the quality of interactions and graphics and ask ourselves: “Would I play?” “Would I share?” “Would I like this?” A successful day is when I go home having said “Yes,” “Yes,” and “Yes.”