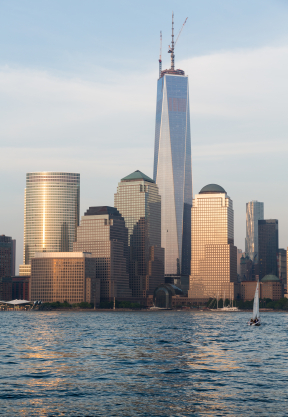 September 11, 2001.  A day that each of us remembers well.  It is also a day that I learned the importance of training and development in preparing organizations to address potential dangers.  At the time, I was working less than a quarter mile away from ground zero.  After the planes hit, many of us went toward the site to process what had just happened.  I was less than a hundred yards away from ground zero when the South Tower collapsed.  In the ensuing panic, I was able to find shelter and subsequently joined thousands of others for a long walk home.

At the time, my company, and many others had no training to prepare for an emergency like this because all of the training was based on things that had happened in the past.  One exception was Morgan Stanley.  Morgan Stanley was located in the North Tower.  Their head of security Rick Rescorla, understood that safety had to be looked at from “what could happen” and not only past experience.  After being hired in 1990, Rescorla asked a friend, a counter-terrorism expert, where potential vulnerabilities existed.  The friend concluded that ease of access to the basement garage could prove dangerous if safety measures were not put into place.  Rescorla took the findings to the Port Authority who deemed the safety measures too expensive to implement.  Three years later, the bombing of the World Trade Center took place.

Soon after, safety measures were implemented to prevent such an event from occurring in the future. Not pleased with this “after-the-fact” approach to safety, Rescorla and his team began to assess where future attacks might occur and came to the conclusion that it would be by air.  With this knowledge, he made a case and convinced leadership that quarterly evacuation drills should be executed, no matter the expense or inconvenience.  On the morning of September 11, when other companies were telling their employees to stay calm and remain at their desks, Rescorla and his team proceeded to evacuate Morgan Stanley’s nearly 2700 employees.  Because of the regularity of their drills, all but thirteen of Morgan Stanley’s employees lived.

We can learn many lessons from Rescorla that can lead to the well-being of our organizations.

While we may never face another catastrophe like 9/11, we can still use the lessons to develop our organizations and employees by making business strategies, aligning our learning activities to ensure the development of those skills and behaviors necessary to accomplish them, and most importantly to develop the conviction to communicate and drive the change.

Our thoughts and prayers go out to those who lost their loved ones.