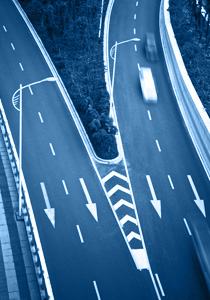 As the old saying goes, there are two kinds of people in the world: those who like Neil Diamond and those who don’t. Similarly, many of us in adult education and corporate training see two groups: our current learners and our potential ones. But just like even non-Diamond fans can’t resist tapping their toes when “Sweet Caroline” comes on, I think the boundary between current and potential learners is not as impermeable as it sometimes seems. Instead, I argue there is a fair amount of overlap in current and potential learners, especially when the current learners are new to an organization.

At its core, the issue is one of rhetoric. Educators are sometimes hesitant to see their work as having any connection with marketing; I certainly resisted the notion for a long time. But training is an inherently rhetorical activity: we are, in essence, persuading our audience to see things as we do. This rhetorical stance is obviously present in marketing as well, and we can capitalize on this connection in some important ways.

While it’s obvious that the two groups have different motivations—potential learners are trying to determine if they want to begin a program while current learners are trying to complete one—these distinct goals can often be satisfied by some of the same information. When I was teaching, I worked at both recruiting new graduate students and orienting new students to the program. The questions each group asked were very similar, and the information potential students used to make their decisions was often identical to the high-level program overview I provided during onboarding. For example, both groups wanted to know the typical time required for program completion, and both were very interested in the sample curriculum map I had originally intended for new student orientation. As I revised the documentation for recruiting and orientation, what started out as two very different sets of material gradually came together until the body of the content was almost exactly the same.

This is not to say there are no differences in the rhetorical approach we take to potential and current learners, of course. Their immediate interests are different, so the structure of the appeals needs to be slightly different as well. Potential learners are less invested, so they tend to need more quantitative evidence; current learners want to be convinced they are on the right path, so more subtle emotional appeals can be very effective. These distinctions tend to manifest themselves in the way we frame the content. When I wrote my curriculum map for new students, the introductory paragraphs were filled with excitement and enthusiasm—the linguistic equivalent of a smiley face emoticon followed by three exclamation marks. For potential students, it was introduced much more matter-of-factly: this is a feasible plan undertaken by reasonable people, and, in case you’re wondering, here are the completion and job placement rates for our last four years.

Despite these framing differences, the high percentage of common content made my work on these two projects much more efficient than trying to handle them completely separately. Likewise, at Allen, the content similarities have important implications for the potential growth of our long-term corporate training partnerships. We are currently producing a series of videos for a client to introduce learners new to their organization; the first of them was noticed by the Marketing Department, and we are now working with them to produce promotional materials for potential learners as well. We are reusing assets and building off content that has been used previously, reducing the cost for the client and increasing the efficiency for us. Perhaps more importantly, we are using our knowledge of the current learners to help appeal more effectively to the potential learners.

There are significant benefits for the learning and development departments as well. Learners who have experienced marketing or recruiting materials produced in connection with training materials have, in a very real way, already been oriented to the training program. They will begin their onboarding more receptive to the training and more aligned with the strategic messaging than they would otherwise be. And learners who are more receptive will absorb and retain the information better, increasing the efficacy of the training program.

Establishing long-term relationships with our corporate training clients allows for a much more productive and efficient partnership. As our familiarity with the client grows, we can build on the foundation we have laid in the first few projects. If we are creative, we can extend work done with one audience to other audiences in different rhetorical situations. And if things break just right, we can even work in some Neil Diamond.