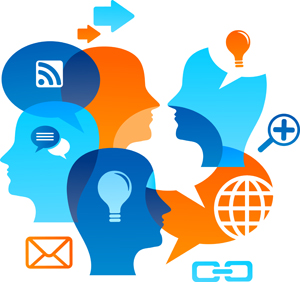 Being involved for over 25 years with training, I have always grappled with the question: Does a new generation demand a new way of learning and more specifically become so different than the previous generation to make the old way counterproductive?

In the early 90’s we addressed the change in self-paced learning. Video disk and CDROM were the hit as we got used to a generation that was used to learning in front of a screen and not in a classroom. Towards the end of the millennium, eLearning began to push the traditional classroom to the world of synchronous learning. In the early part of this decade, the WWW forced us to look at deconstruction of information as we began looking towards creating small learning objects that people can search and find.

While we continually adopted new technologies, have we ever faced a situation where one age group did better in front of a computer or in a virtual meeting then another?

At Allen we have had the chance to conduct in-depth usability and needs analysis for our clients that need to train multigenerational audiences. Assuming that the motivation to learn and advance can be assumed to exist at a certain level across a specific learning population, we have not found any difference in the generational approach to one or more modalities assuming training on how to interact with the technology was given. Moreover, the acquisition of a new way of communicating—being the computer, e-mail, smart phones, discussion groups and forums, and finally Web 2.0 modalities such as LinkedIn, Facebook and blogs are being adopted across the board. While the younger among us may have been the early adopters, our grandmother as much as our teenager at home can live comfortably with new modes of communication and knowledge acquisition.

So where does this leave us? In my opinion right smack at the recent election of our first African American President Elect, who was virtually unknown to most of us four years ago.

President Elect, Barack Obama, is not the first to use the web for fundraising or mobilization of supporters. The uniqueness of this election must be seen more in the dominance of user-driven content to galvanize and motivate people to act beyond their traditional comfort zones. The velocity by which social networks distribute, update and validate information makes the way we post information on our corporate website comparable to the snail mail to e-mail. Supporters of Barack galvanized each other across the generational divide. Granny may not have been a frequent visitor to the Obama Blog but someone in her immediate vicinity was there to impact the message with fervor and motivation.

Moving a large distributed corporate audience in one direction or another is a primary task of learning organizations. We traditionally do so by developing the programs and content out learners need. Obama has moved a nation. We can do well to learn from what has happened to find the way to move our much smaller constituents by engaging them in the learning process well before we’re used to in the past.